Home Mediacenter and NAS with the Raspberry Pi

This is my recipe to build a mediacenter and NAS box using the Raspberry Pi. This is the list of hardware components: 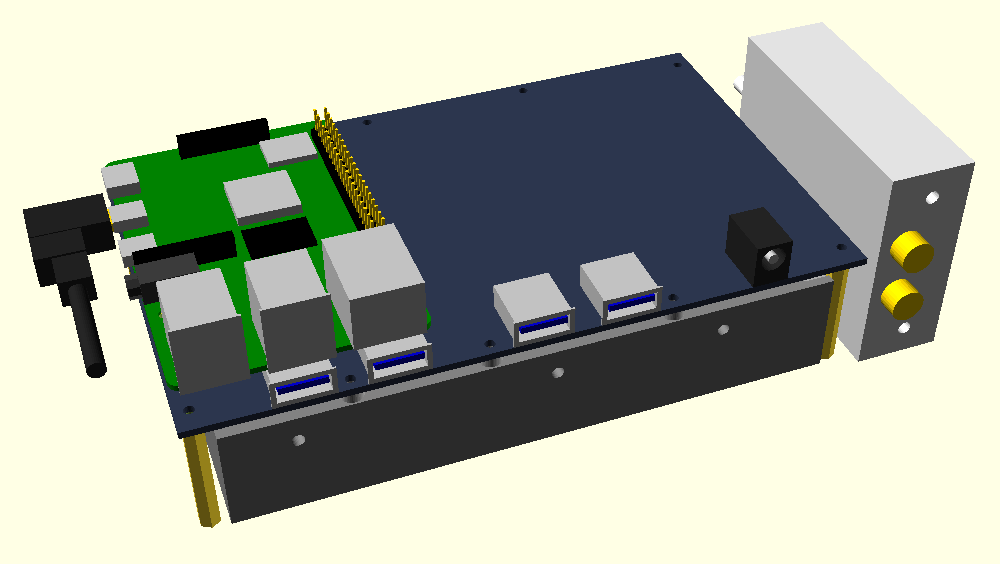 It turned out that the Raspberry Pi 4, when it uses the USB 3 interface, produces radio interferences on the 2.4 GHz band. It is impossibile to connect to the 2.4 GHz WiFi access point which is only 5 meters far. It was also impossible to use a wireless keyboard and mouse, using one USB dongle which also operates on the 2.4 GHz. To operate a wireless gamepad (which also uses an USB dongle on the 2.4 GHz frequencies) I had to distantiate the dongle from the Raspberry Pi using and USB extension cable of about 0.5 meters. Due this severe problem, I can suggest the RPi4 solution only if you will use the Ethernet interface or an access point on the 5 Ghz band. As an alternative to the wireless gamepad or keyboard, you can use the Yatse application on an Android smartphone.

There is another potential problem with the Raspberry Pi 4: due the increased CPU power, the designers decided to drop the H263 and MPG4 codecs from the hardware. That codecs were enabled in-hardware into the older Raspberry Pi models and the license price was included into the hardware price. In older models you could also purchase additional licenses, e.g. for MPEG2 and VC-1; this is no longer an option on the Raspberry Pi 4. I experience a bug with Kodi and kernel 5.10: software decoding of MPEG4 streams (e.g. the ones produced by the XviD library) were terribly jerky. I had to downgrade to kernel 4.19 to solve the problem. Notice that the LibreELEC 9.2 and 10.0 Beta distributions play the same file smoothly.